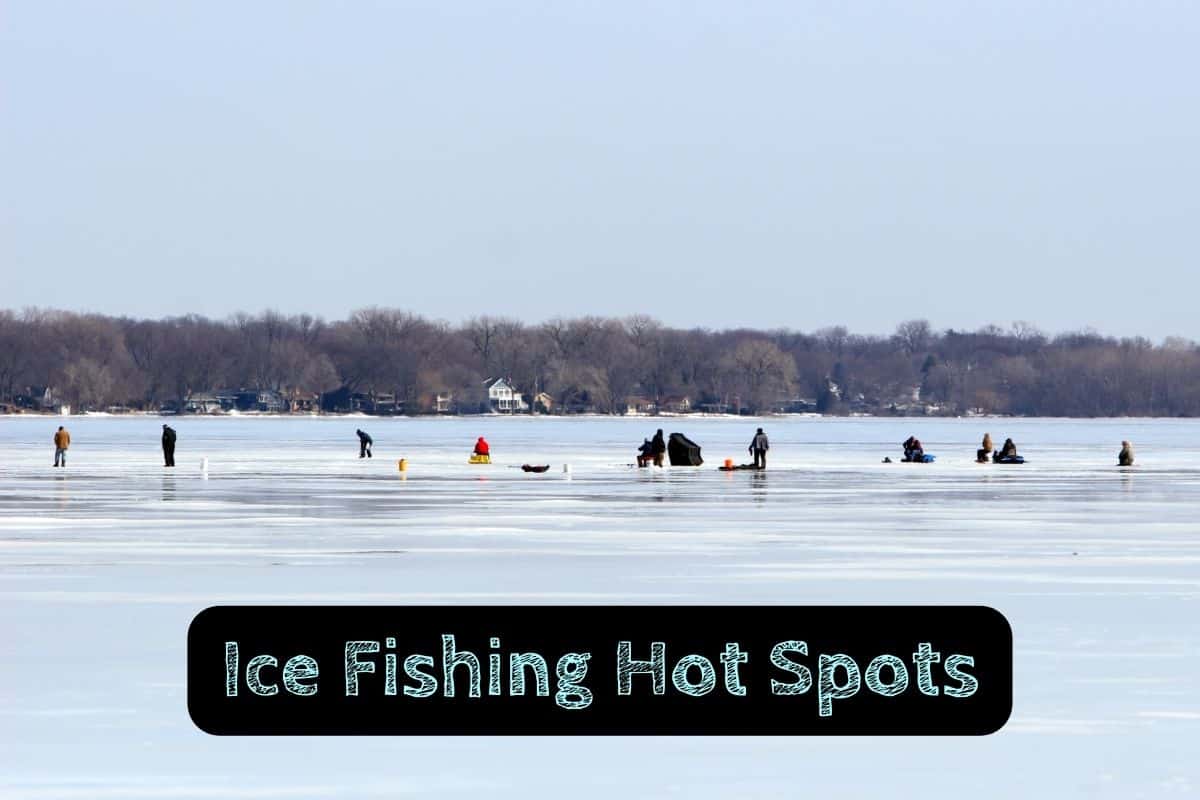 There is a massive variety of destinations around the world that offer excellent ice fishing opportunities. Thus, we’ve created a list of ice-fishing hot spots for you. (not ranked in any particular order, by the way) Let’s dive into some of the best places to go ice fishing while looking at what makes them ideal spots to catch some fish.

Where Should I Go Ice Fishing?

For those looking for a more domestic destination, the United State’s Lake of the Woods, located on the border of Minnesota and Canada, offers some of the best ice fishing in the country. The lake is known for its large population of walleye, which can be caught in good numbers during the winter months. Additionally, anglers can also expect to catch northern pike, lake trout, and whitefish. You should visit Lake of the Woods for ice fishing is between December and March.

In addition to Lake of the Woods, there are many other lakes and rivers in the United States that offer excellent opportunities for ice fishing. One such destination is the Apostle Islands in Wisconsin. The islands are located on Lake Superior and are known for their large population of lake trout, whitefish, and burbot. The best time to visit the Apostle Islands for ice fishing is between December and March.

In the western part of the United States, the state of Colorado offers a variety of ice fishing opportunities. The most popular destination is the 11 Mile Reservoir, located in the foothills of the Rocky Mountains. The reservoir is known for its large population of rainbow trout, cutthroat trout, and kokanee salmon. The best time to visit the 11 Mile Reservoir for ice fishing is between January and March.

In addition to these destinations, there are many other lakes and rivers across the United States that offer excellent ice fishing opportunities. Some other popular destinations include the Finger Lakes in New York, the Chain O’Lakes in Illinois, and the Rainy River in Minnesota. Ice Fishing opportunities in Pennsylvania have also become more popular over the past couple decades.

Canada’s Lake Simcoe is located just north of Toronto, Lake Simcoe is one of the most popular ice fishing destinations in the country. The lake is known for its large population of yellow perch, which can be caught in abundance during the winter months. Additionally, anglers can also expect to catch pike, whitefish, and lake trout. The best time to visit Lake Simcoe for ice fishing is between December and March.

Another superb destination for ice fishing is Finland’s Lake Inari. Known for its crystal clear waters and breathtaking scenery, Lake Inari is home to a variety of fish species, including arctic char, grayling, and whitefish. The lake is also known for its large population of pike, which can be caught in good numbers during the winter months. We recommend visiting Lake Inari for ice fishing is between December and April.

For those looking for a more remote destination, Russia’s Lake Baikal is an excellent choice. (note that we are not recommending visiting this spot right now for obvious reasons) Known as the “Galapagos of Russia,” Lake Baikal is the deepest and oldest lake in the world, and it is home to a variety of unique fish species, including the omul, a type of whitefish found only in Baikal. Additionally, lake trout and pike can also be caught through the ice. The best time to visit Lake Baikal for ice fishing is between January and March.

There are Countless Hot Spots for Ice Fishing Around the World

There are many many more places to ice fish that we didn’t go over; this guide is meant to give you a basic overview of where to go ice fishing depending on where you reside. It is important to note that the ideal times to visit each location can vary depending on the species of fish you want to catch, ice thickness, and other factors. It is always a good idea to check local resources and guidelines for whichever destination you decide on before heading out on the ice.

How to Find Fish When Ice Fishing

Can you Ice Fish in Pennsylvania?

What is Ice Fishing?